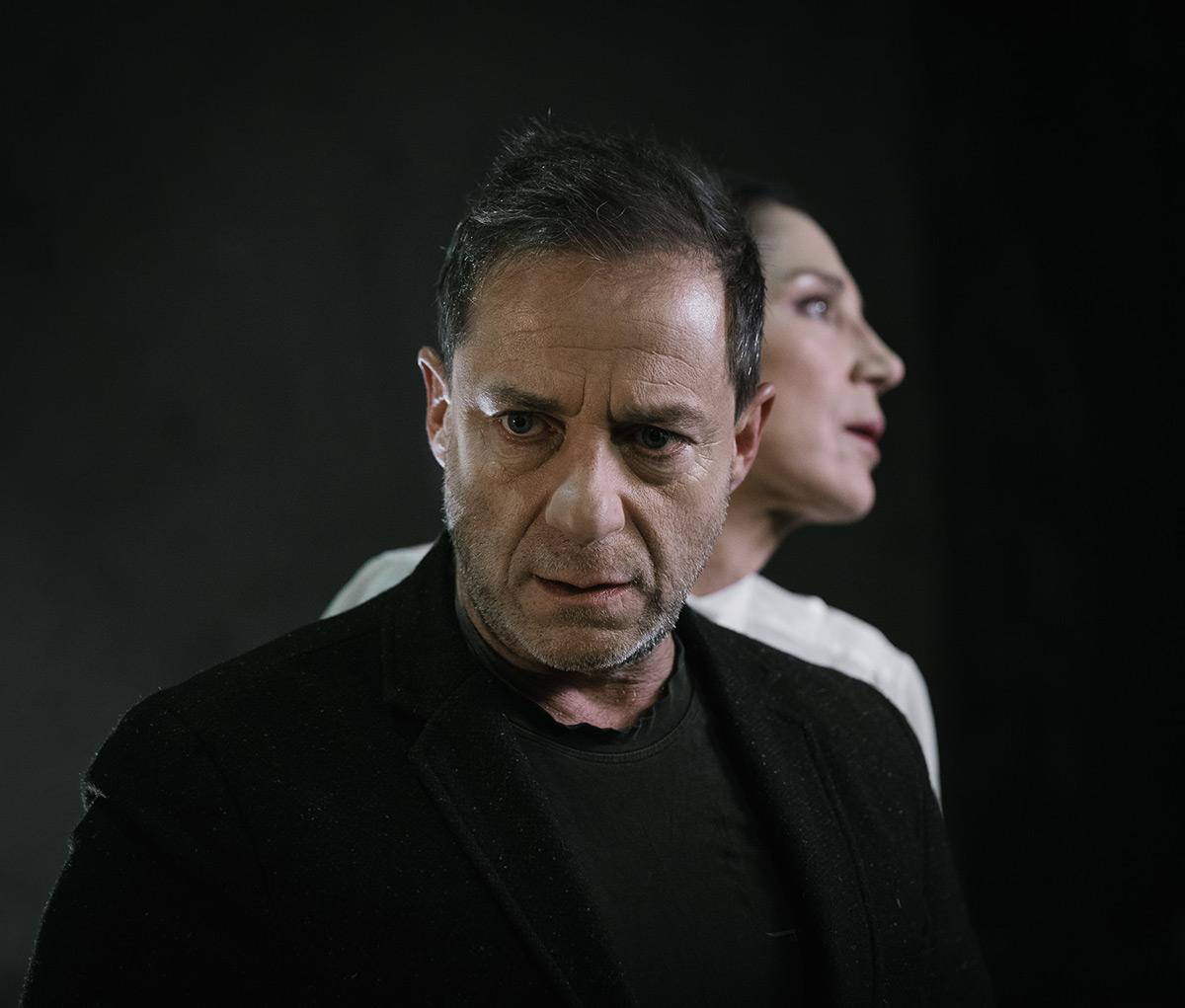 Dimitris Lignadis and Amalia Moutousi co-star in the play, in the roles of Oedipus and Jocasta respectively.The protagonists are accompanied by the actors Nikos Chatzopoulos(Creon), Konstantinos Avarikiotis (Tiresias), GiorgosZiovas (Messenger), GiorgosPsichogios (Therapist), Nikos Chanakoulas (Second Messenger) and a chorus of 10 other actors and musicians.

The play begins with a mystery. The city of Thebes is ravaged by a plague and King Oedipus tries to uncover the reason behind this misfortune. According to Apollo’s oracle, Laius’ murder has to avenged in order that the plague stops. The King decides to solve the riddle and,thus, devastating revelations are brought to light.
Two axes complement each other in this play, which is the greatest ancient drama that has survived.

The first axis is the perfect plot of the play; this is the first suspense thriller in global dramaturgy (the Anglo-Saxons refer to this genre with the term ‘whodunitplay’). The hero unravels the series of events and masterfully reaches the centre of the labyrinth, where the pursuer and the pursued are the same person. Even if we sometimes do not appreciate this axis enough and search for different qualities, the phrase ‘Polivos was not your father’ always makes the audience shiver. And the game of the fate is still halfway.

The second axis, the one that renders ‘Oedipus’ the first existential play in global dramaturgy, is the ‘Who am I?’ question that the protagonist asks and the tools that he uses to answer it. These are the tools that humans – especially in the Western world – have idolized: rational thinking, reason and logic. They are the only tools we have and they have tremendously contributed to the development of the human species; however, they are not enough. Because if someone decides to put this question, they also have to be ready to receive the answer. And, as the poet says, the truth ‘is revealed only when facing death’.

Oedipus is the first human of our dramaturgy; he is its Adam. And his fate makes us humble. 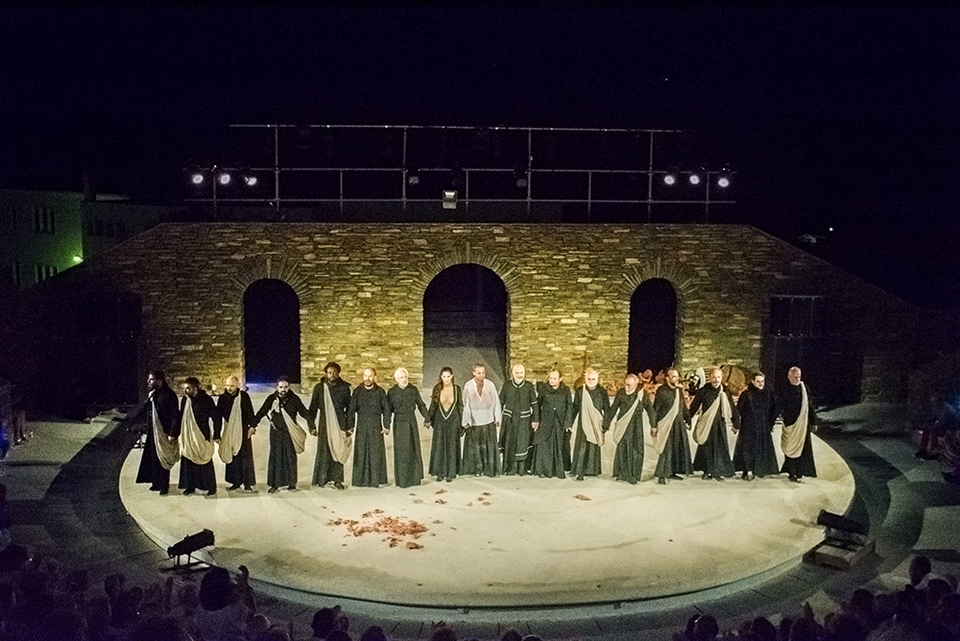 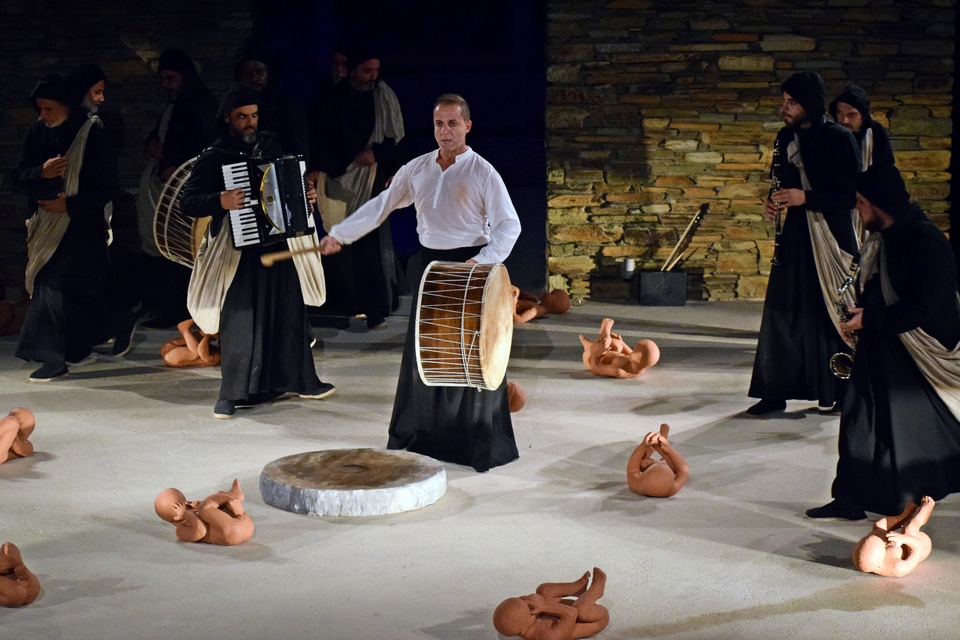 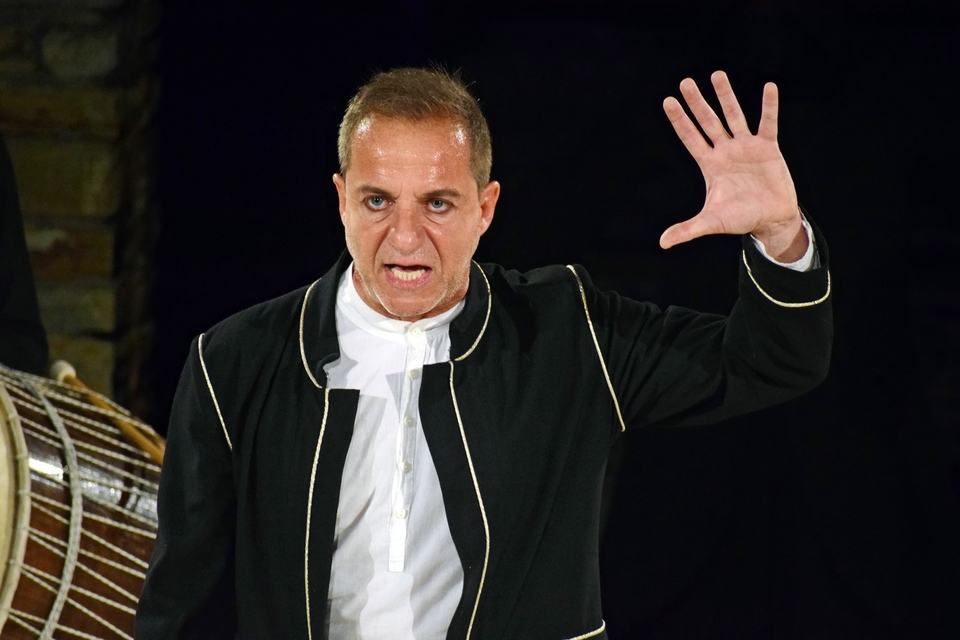 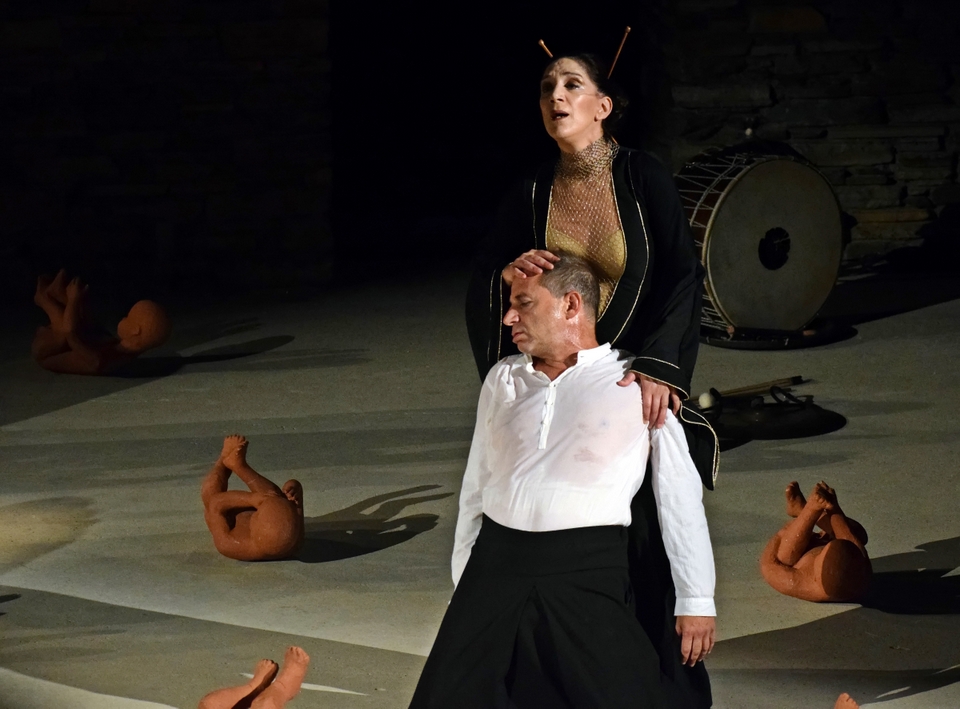